Twitter has meant that famous people can interact with us lesser norms in a very direct way. And we must all be eternally grateful that we can be touched in some, albeit virtual way by these immortals.

But, the danger of being able to express whatever dumb thought is in your mind in 140 characters is that a lot of what is on your mind shouldn't be expressed at all.

unfortunately many actors and actresses aren't very good at self-editing and expressing themselves on Twitter. Proof that it always pays to have a good script.

To highlight some of the ridiculous, funny, and just plain controversial things celebs say on the social media service, College Humor have created this animated video, where classic movie characters espouse the dumbass stuff that the celebrities behind them say.

Just be very, very grateful for us (and them) that they didn't include Jaden Smith, because that would mean having someone to willingly watch one of his movies in order to animate a scene.

And no one is ready for that kind of torture. 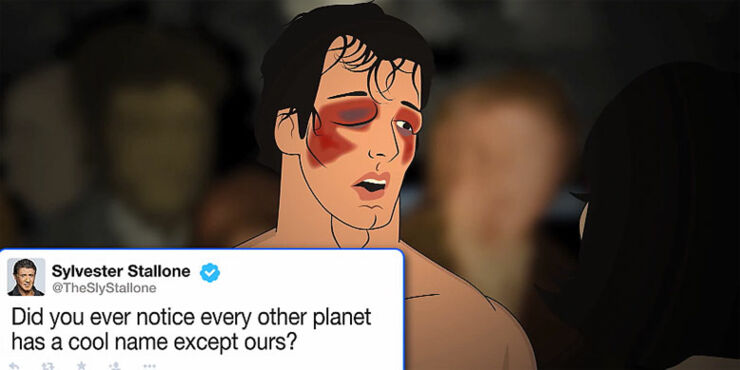