Meet Leona Chin (the current women's Malayan racing champion), she is someone you should think twice about getting in a car with if you have no idea beforehand who she is, especially if you are a driving instructor on the first day of your job and most especially if she is going to pull an epic driving prank on you.

This prank is an oldie, but a goodie, especially if you feel in the mood to laugh out loud at these poor driving instructors, who have no idea who Leona Chin really is, what's about to happen and the misfortune of choosing to sit in the same car as this innocent looking little girl who is eager to have a driving lesson.

What makes things worse is that your first day at a new job is always a time of slight anxiety, the thrill of a new career opportunity, the excitement of working somewhere new and the total fear that you might do something wrong on your initial day and completely mess everything up, ruining any chance of further employment.

How Leona Chin Pulled Of This Hilarious Car Prank 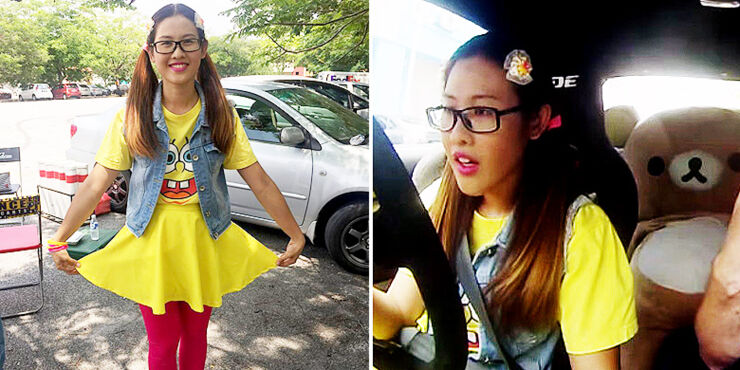 So imagine the scene for these poor unsuspecting driving instructors when one of their first driving pupils is a professional motorsport driver undercover as a nerdy-looking school kid taking driving lessons and proving once and for all that looks can be deceiving.

Enter stage-left tiny Leona Chin complete with pigtails and thick-rimmed glasses (and a huge teddy bear in the back seat) who actually looks like she has just stepped out of the classroom to take a driving lesson.

Things start to get interesting as Leona behaves like someone who has never been behind the wheel of a vehicle before, making every kind of mistake you could imagine and testing the instructor's patience to the limit.

They are definitely NOT impressed with her pathetic driving prowess.

And then the fun starts. With one more chance to prove she can control an automobile Leona puts the pedal to the metal and gives the poor driving instructors the ride (and fright) of their lives, probably making them think that their first day on the job will be the last as they are sure to die. Their reactions are priceless. 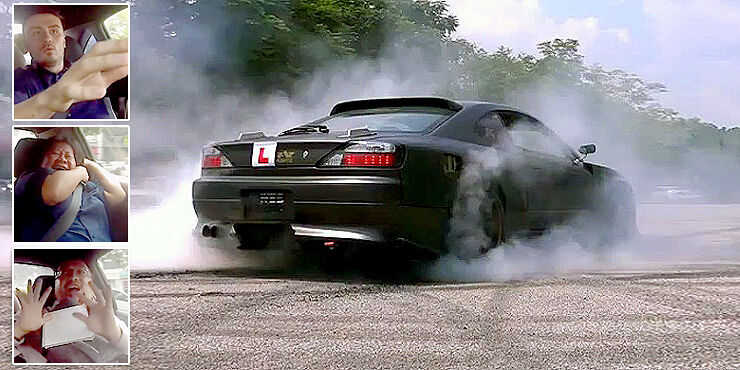