There comes a point in all parents' lives when they have to explain where babies come from to their kids. Well, they don't have to, they could just avert the question. Or, most likely, they tell their kid a version of how babies are made, leaving out some of the details. Most of the details.

Jimmy Kimmel decided it might be better if kids learned about the birds and the bees from other kids. "Learned" should really be in quotations though because kids have some imaginative ideas of how babies are made.

So Kimmel sends his production team to the streets and they ask kids to tell them where babies come from. The answers, as you no doubt suspected, are pretty hilarious. They range from the literal like "ladies' tummies" to "the downstairs goes into the girl’s downstairs” to just a kid reciting the alphabet after being asked.

Which, thinking about it, is a good response to any question someone asks. Especially if it's a difficult one posed by your boss and you don't know the answer to it.

Perhaps the best response though is right at the end by a kid who's devastated that he's being asked such a question. He responds by first screwing up his face and saying "Gross!" before stating "I’m not in fifth grade yet, I shouldn’t know this stuff.” Finally he admits Star Wars has somehow educated him on the matter and "It looks really gross and painful."

So there you have it parents, when the time comes when you children start asking those kind of questions you have been dreading 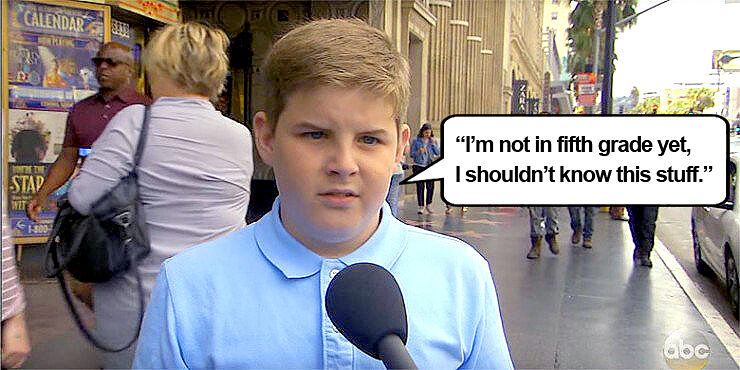