Everyone who owns a cat knows that they have a very unique personality, one that endears you to them, but also can sometimes drive you insane as they demonstrate the weirder side of their individual personality, usually on your furniture, household ornaments, or various parts of your body.

It's all part of what makes your cat 'your cat' - So thanks your lucky stars that however crazy your cat behaves it probably doesn't come close to the insane antics of this feline.

Say hello to Luna the cat who, even by cat standards, is entirely bonkers, as you'll soon become familiar with after watching this compilation of her which her owner YouTuber emlodrone recently uploaded.

Yeah sure it's a cat video, but it's a worthy one. Watch and laugh as Luna performs some elaborate stunts and can't seem to stand or sit still for more than a nano-second. Instead she's constantly leaping about, lying down for a second, then leaping about again for no discernible reason.

Her athleticism sees her jumping onto clothes rails, springing on to bed, and stopping her human when he tries to change the bed cover. It's like she's constantly out of her mind on catnip. 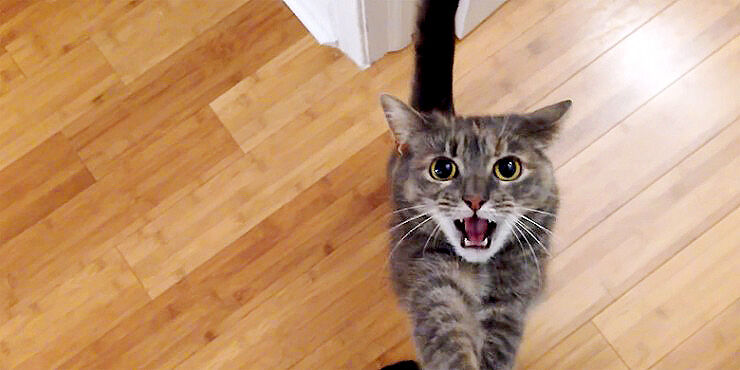