The first IT movie trailer broke records when it dropped online back in late March, getting more views in 24 hours than any trailer had done before. It was the first glimpse fans got of not only the new Pennywise, who is suitably theatrical and downright creepy, but also the misfit kids who will be the new Losers Club.

As the viewing stats revealed, it was a hugely popular trailer and it more than delivered in terms of meeting people's expectations and generating some hype. After many initially decried why Stephen King's novel needed a new adaptation, it now looks like this IT remake could become a really good version.

It's also the first of two planned movies. Like the novel, this first part will concentrate on the Losers Club as kids and their confrontations with Pennywise. While the second will look at them as adults.

This second IT movie trailer debuted at the MTV Movie and TV Awards and it gives us a better look at the Losers Club and the dynamic within the group. And, also, a closer look at the demonic Pennywise too.

What's Happening In The New IT Movie Trailer 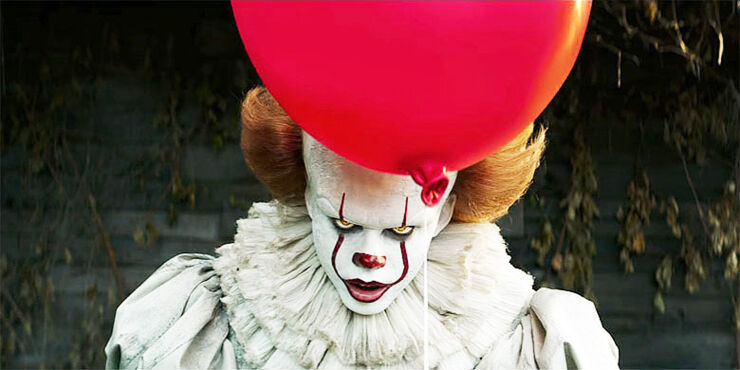 Screenshot of Pennywise from the latest IT movie trailer.

This second IT movie trailer debuted at the MTV Movie and TV Awards and it gives us a better look at the Losers Club and the dynamic within the group. And, also, a closer look at the demonic Pennywise too.

The new IT movie trailer gives us a look at Beverly Marsh (played by Sophia Lillis) as well (one of the members in The Losers Club), and shows the kids enjoying life in Derry, Maine, leaping into lagoons and frolicking. You get the sense the film will be very much about them, as it should be, rather than just Pennywise which it would be all too easy to do.

Things begin to take a more sinister turn in the IT movie trailer though after the frolicking, and we head down into the sewers with the group as they goad each other about "gray water." It's all part of their investigations to uncover the mysterious disappearances happening in Derry, Maine. There's some banter until they discover Betty Ripson's sneaker, a victim of Pennywise who in the novel suffers a horrendous death.

After that we get shots of terrified-looking kids, before we see a very creepy shot of the clown with his trademark red balloons, shaped in an upside down pyramid. Initially they're covering his face, before they float upwards and we're given a very clear shot of Bill Skarsgård’s sinister Pennywise—an ancient shapeshifting demon who uses children's fears to entrap and kill them.

Also in the IT movie trailer is a feel for how the film is channeling that Stranger Things 80s vibe. It stars Stranger Things' Finn Wolfhard for a start, and has that sense of kids on an adventure. The type that is a trademark of many of King's novels, like Stand By Me. It all adds up to what like will be an amazing IT remake.

Digging Deeper Into The New IT Movie Synopsis 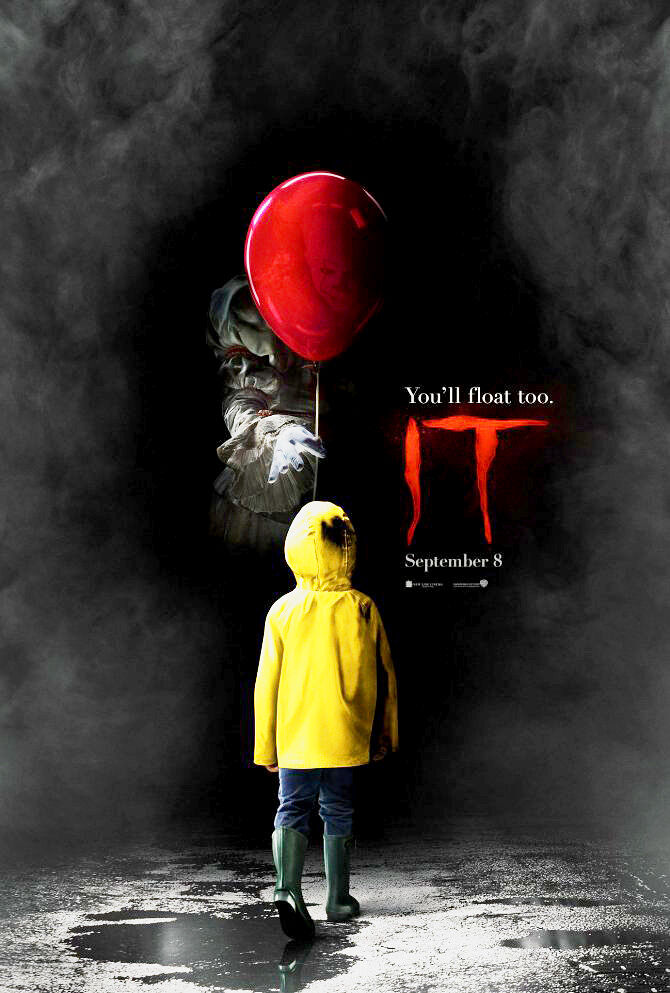 The official poster for the IT movie

The big screen version, directed by Andres Muschietti, of Stephen King's hugely popular novel IT is now much anticipated.

After the TV series adaptation starring Tim Curry was so well liked, fans have been worried that this new remake might not live up to that. But going by this IT movie trailer and the first one, it looks like Muschietti has done a sterling job. The proof will come when the film hits cinemas on 8 September 2017

New Line Cinema’s horror thriller IT, directed by Andrés Muschietti (Mama), is based on the hugely popular Stephen King novel of the same name—which has been terrifying readers for decades.

When children begin to disappear in the town of Derry, Maine, a group of young kids are faced with their biggest fears when they square off against an evil clown named Pennywise, whose history of murder and violence dates back for centuries.

Who's In The New It Remake?

The Losers Club - teen misfits who have to unite to defeat Pennywise.

Background On The Director & Producers

Andrés Muschietti (left) on the set of the IT remake.

Getting Behind The Scenes On The IT Remake

Will the Losers Club have what it takes to defeat Pennywise?

The behind-the-scenes creative team included director of photography Chung-Hoon Chung (Me and Earl and the Dying Girl), production designer Claude Paré (Rise of the Planet of the Apes), editor Jason Ballantine (The Great Gatsby), and costume designer Janie Bryant (TV’s Mad Men). The music was composed by Benjamin Wallfisch.

Stephen King is known to be notoriously critical of movies based on his novels, but a recent Tweet shows that the King of Horror wholeheartedly recommends the upcoming It remake.

Andy Muschietti's remake of IT (actually it's Part 1--The Losers' Club) succeeds beyond my expectations. Relax. Wait. And enjoy.

Along with the IT Remake movie other Stephen King works coming out soon include a Castle Rock TV series produced by JJ Abrams, a movie version of The Dark Tower books, and a TV series based on The Mist.