Thankfully he recorded the experience so his friend could post it to Reddit so we could all see it and laugh heartily at his misfortune. And some of the Reddit comments were pretty hilarious too. 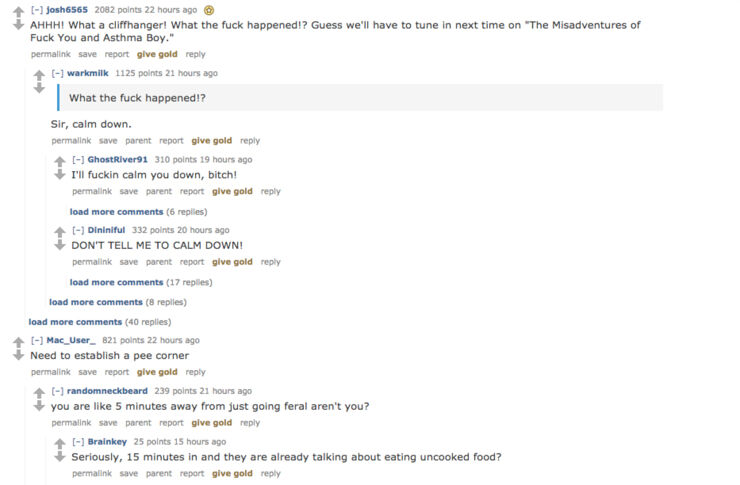 Sure, being stuck in an elevator for any amount of time isn't any fun whatsoever, but let's not descend into animals the minute the veneer of civilisation drops away and you're caught in a confined space for 40 minutes.

YouTuber Nick Nerv is the guy who's calmly trying to wait it out while his insane companion seems to think swearing profusely and attacking the elevator is a solution to the problem. Which it obviously isn't.

But kudos to Nick for keeping cool while all around him was madness. Check out parts one and three of the saga, to see how it begun and ends, below.