Virtual reality has yet to have its breakthrough moment. Facebook have recently announced that they'll be bringing Minecraft to the Oculus Rift, the gold standard VR headset so we'll see. But it's not just video games that will help that breakthrough moment, there's another format that might be able to help: adult videos.

BaDoinkVR, who specialise in making "adult" entertainment in the VR field, decided to test out how a bunch of people—let's call them early adopters—might react to seeing some virtual reality skin flicks which place the viewer in on the action.

So they headed out onto the streets of San Francisco—if people are going to embrace it anyway, it's probably going to be there—and let men, women, and couples try it out.

In case you were wondering, you know for research purposes, you don't need expensive equipment to try it out. If you have Google Cardboard you can download some VR adult thrills from BaDoink's site.

Or you could just wait for the Minecraft release and leave all this filth to the early adopters. 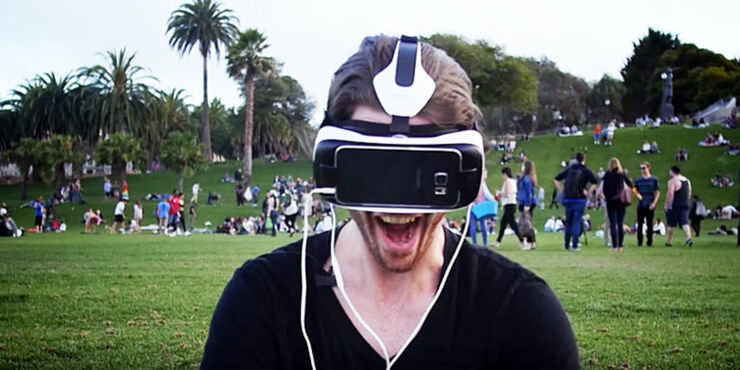