Stephen Colbert has no time for your unfounded hate of the new lightsaber design that was unveiled in the Star Wars: The Force Awakens teaser trailer which recently broke the internet. Because he thinks it's cool and if you think otherwise then you're a "stuck up half-witted scruffy-looking nerf-herder."

He's talking to you twitter. The people who are complaining that the design is crap because they wouldn't protect your hands like sword hilts are supposed to. Well you're wrong! So prepare to be taken to school as Colbert details why he think it's actually a perfect design, revealing his expert analysis on the mechanics of lightsaber science.

It all comes down to the fact that it's one beam. And as Jedi Colbert simply explains, it just takes some focusing crystal activators to spit the plasma into perpendicular blade channels. Every Padawan knows that! Consider yourself schooled.

And of course, it wasn't long before the internet responded with it's own ideas for some v2.1 modifications:

The 'Taking things a bit too far' version:

The dark vs the light: 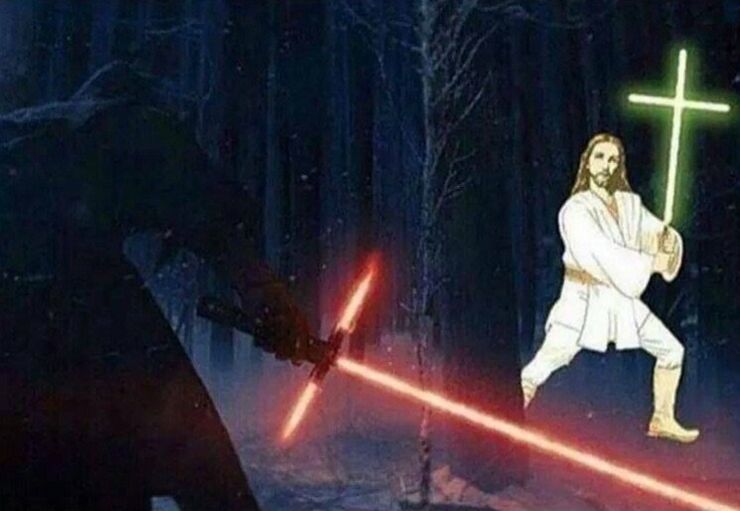 And finally, The Old Testament vs The New Testament: 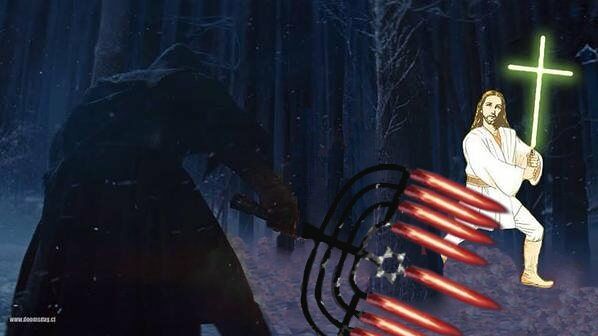