Using his dash cam camera Uber driver Ryan Paul has documented many of his rides since he's worked for the ride-sharing company. Many of those have probably been uneventful but many of them haven't.

In this hilarious compilation he's segued together some of the most memorable and amusing, featuring some of his most entertaining passengers from his time on the road.

A lot of the people are drunk, making them do ridiculous (but thankfully not violent) things. There's also bachelorette parties, wedding guests, people who are just friendly, even people giving the driver a how-to lesson in using Grindr. It's all in a day's work for Paul.

It all look like a lot of fun also and Paul, who makes a habit of documenting his more "lively" rides for his YouTube channel Ryan Is Driving, is more than happy to get involved and have some fun. At one point he even heads off to a bachelor party with some of his rides.

On another note, Paul makes clear that the people in the videos, blurred or otherwise, have all consented to being part of his project.

There's no doubt an even crazier video waiting to be made that probably can't be posted online, with some even more insane antics. Although the people doing those certainly probably don't want the internet to see. 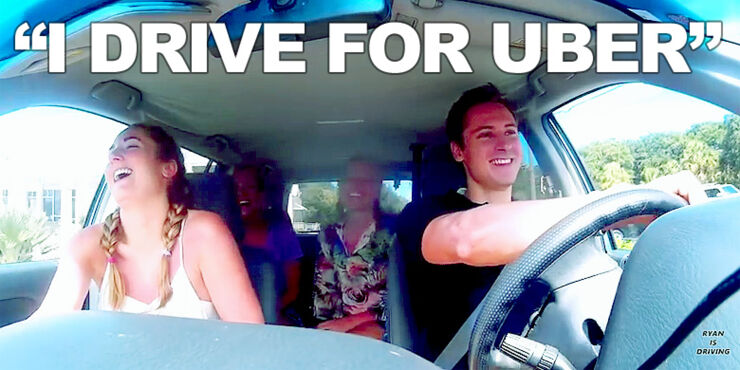