Tinder may be a playground for adults, but what if you had to explain what it does to a bunch of seven year olds? Probably not the most appropriate thing to do, but lets say you had to. Thankfully kids don't have to worry about dating but that means they don't really have a concept of it either.

So in this video from CHIX Productions—aka Kimmy Foskett and Liza Renzulli who previously made this video about stalking your Tinder date—five kids are paired with five New Yorkers as they talk them through their Tinder profiles and explain what the app does.

And the kids have some completely adorable responses and ideas. For instance one little girl when asked if she knows what dating is replies, "Ummm, yeah, two persons and, um, they're following each other." Or there's the kid who takes a look at a guy's profile pic and responds, "Ewwww, you look a weirdo. You look like you're 80 years old." Cutting.

But they're also full of 'out-of-the-mouth-of-babes' type insight too, one girl saying that it's better to meet in person than online through an app, because you can just talk to them "And they'll start to like you."

While the kid who was previously trolling a guy by calling him a weirdo gives him a tip on finding someone. Why don't you just bash into them, he says, like in a romcom? Before leaving him with one final piece of advice "Just be more...confident." 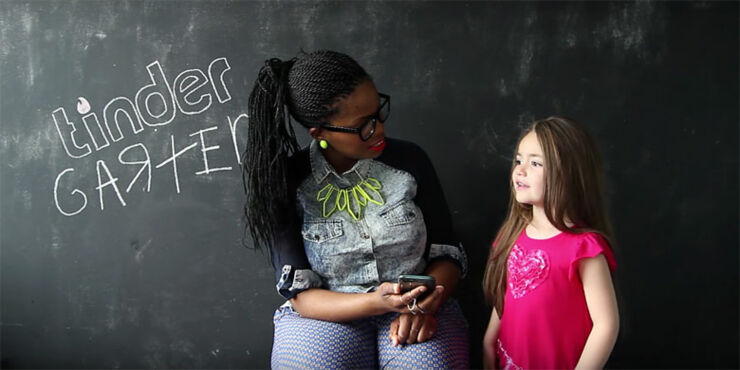